Codorus Creek was once a bustling thoroughfare of York, PA. They built a canal from the Susquehana to make it a very good way to transport timber and other goods in and out of town. The creek powered mills and forges, and helped make the region a center of industry and invention in the 1800s.

The railroad came in and made the canal and creek an outdated way to move stuff around. The railroad here from Baltimore and DC helped the county to continue to surge in population growth, as people traveled here on their way to Harrisburg and further destinations, and some stayed. Eventually the town spread even more, freeways came in, and trucks, and at least part of the rail system was changed into a biking and pedestrian trail. In town it's known as the Heritage Trail park. 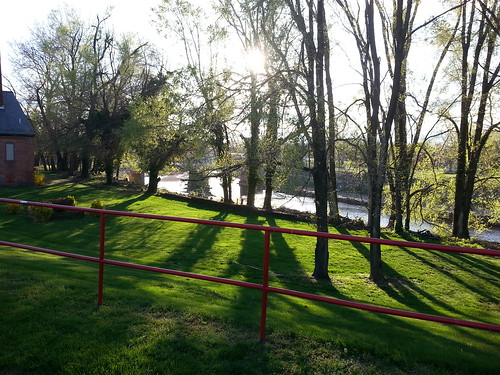 Down the hill from the outdated transformed railway, Codorus Creek now has a cement bed as it passes through town. But it's still lovely to bike alongside it. 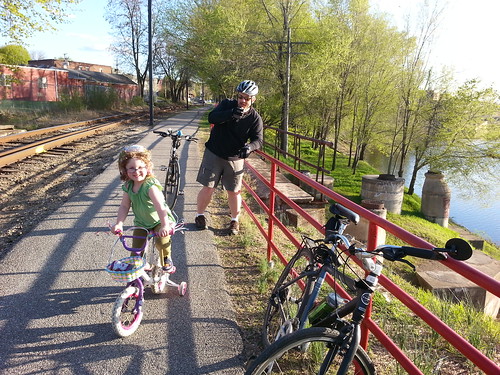 And to sit for a minute to take a break... 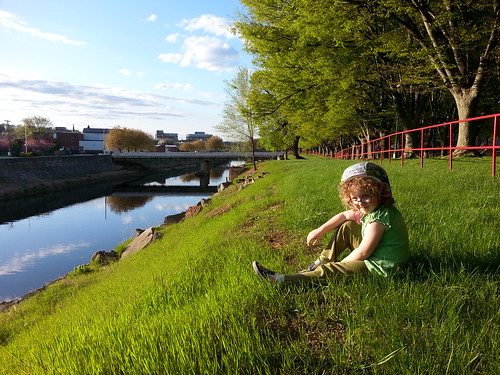 And people interested in history are actually reactivating the rail line to Steam into History.
Collapse