May you have time today to spend with someone you love.

At the end of 2012, Justine Larbalestier blogged that The Summer Prince would be the "Best YA book of 2013." I pre-ordered it right away, but not really because she said so. Not that I don't have a lot of respect for Justine's taste in books, but I already love Alaya Dawn Johnson, so I was excited as soon as I heard that she had a new book coming out.

I read Alaya's first two books, which were fascinating but a little uneven. Then I was blown away by Moonshine. Somehow the sequel to that, Wicked City, snuck by me. I will have to get hold of it at some point soon. (have I mentioned I really, REALLY want to build a system that will inform you when authors you love publish new books?)

In the meantime, I am enjoying The Summer Prince, even though it *ought* to be named The Summer King. I assume some weird publishing logic went into that. You'll see what I mean when you read it. Or perhaps something will be revealed later that I don't yet know. But aside from the not-quite-right title, the cover is gorgeous. An online image does not really capture the shiny and the glow, but check it out anyway: 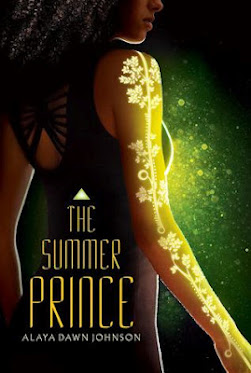 Recently, Rosie's been showing all the signs of a growth spurt. Some hyperactivity, complaining that her body hurts, a larger-that-usual appetite at mealtimes, and waking up in the middle of the night asking for a snack. Plus occasionally sleeping a lot.

So we were not surprised (impressed, but not surprised) when we measured her today on her growth chart and found that she's grown roughly an inch since the beginning of January. She is now 37.5 inches tall. (She's 2 and a half) 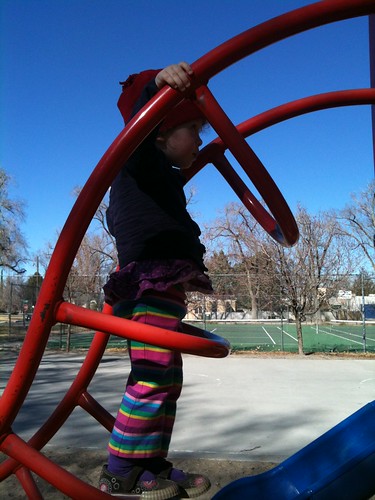 She can now reach the elevator button for floor "2", and climb the tallest slide at the park, as well as the two ladders that go to that slide. Here are more pictures.
Collapse