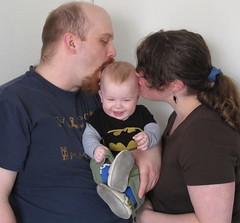 This picture became the cover of the calendar we made for family this year. Baby noms! Some cuteness a day keeps the doctor away. It also became part of the set of family pictures from when Rosie was 8-9 months old, which now also includes another series that wound up in the calendar, captioned "Where'd the baby go?" Here's how it starts: 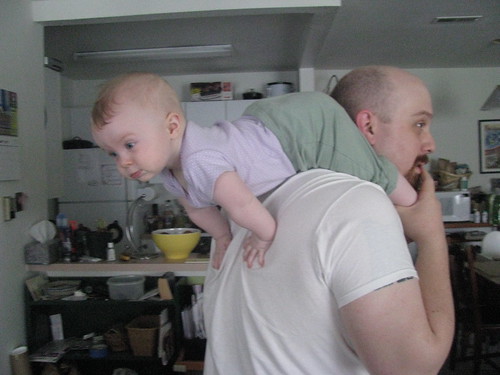 Brian and I are working on putting the past TAFF trip report collection in the mail to Jacq Monahan, the next TAFF delegate and incoming administrator, but we are struck by two things:


We also have 8 copies of Rob Hansen's On the TAFF Trail, about 20 of James Bacon’s Worldconnomicon, 1 of Dave Langford's The Transatlantic Hearing Aid, 3 of the Moffatts' report, 12 of Tobes’ Taff Ting, 15 of Suzle’s Report, 10 copies of a bid zine for Martin Tudor collecting his fanwriting, and a handful of DUFF reports from Janice Gelb.

So! We are offering to send a copy of Steve's long-awaited trip report (he took the trip in 1968 and finished the report 40 years later) to anyone who wants one for a minimum TAFF donation of just $3.

You can see a partial preview of Harrison Country here, but it's barely even a preview, because there are no pictures. And as you know, with Steve Stiles, there will be pictures. Oh yes. (Here's a close-up of the cover, for instance.)

If you donate at least $10 we will also throw in a special sneak preview featurette from our own as-yet-unpublished TAFF report, EITHER:

For every $5 you donate above $3 you may also choose to receive another of the available publications in our collection, except suzle's report, which is $7 (fancy color printing). While supplies last, for those who donate at least $12 I will also throw in a postcard that Bloomsbury used to promote Neil Gaiman's The Graveyard Book in the UK that is not otherwise available in the U.S.

Write to me at akg.netmouse (at) gmail.com to reserve your copies and send a check (payable to me) to: Anne Gray, 5006 Royene Ave NE, Albuquerque, NM 87110, or paypal your donation to me at the same email address and I will go ahead and put things in the mail. All requests must be received by February 2nd (groundhog day), because after that we will be packing things off to Jacq and it will be up to her to offer them up for the next couple years.

Don't to forget to specify which featurette you want if you donate $10 or more, and what, if any, publications you are ordering besides Steve's. (And if you would rather get just one of the other reports, that's ok, too; drop me a line.)