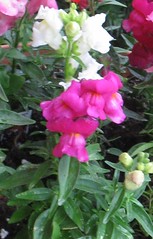 Grandma died last night at the age of 88, peacefully in the presence of her three children, Eric (my father), Pamela, and Barry. She is survived by 4 grandchildren, 8 great-grandchildren, and 1 great-great-grandchild. She met the youngest of the family last year on a trip to California (and Hawaii).

She was a strong, independent woman who worked as a telephone operator until they changed to automated switching. After she had her children she went back to school (the University of Michigan) and became an English teacher. When I was young she gave me a signed copy of Where the Red Fern Grows by Wilson Rawls, and a copy of Summer of the Monkeys to my sister; it was my impression he'd somehow been a student of hers though I'm not sure.

My grandfather died when I was 2. As grandma got older she did a great deal of traveling on her own, with tours and with her choir, making it to China, Russia, Israel, France, England, (&etc) as well as many points this side of the Atlantic. She was an active volunteer at the First Presbyterian Church in downtown Flint, and refused to move from the small house where she'd raised her kids, despite the decline of the neighborhood as the automobile industry left Flint in severe economic downturn. She sang in the choir, performed with the bell choir, and managed hundreds of weddings in that church.

She was much loved, and she will be missed. 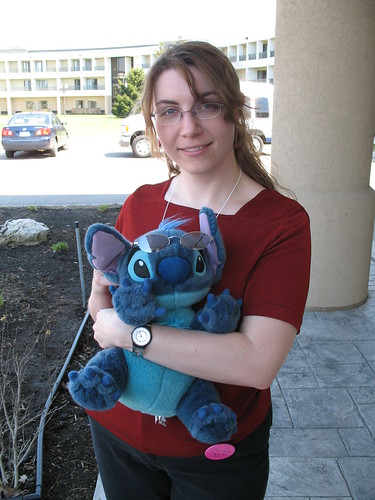 Jer linked to my earlier comments about books received as if they were a Penguicon report. As If!

I've been wanting to do a more complete report, so I'm going to try now before all the family starts coming in for my grandmother's memorial and the moment is truly lost.

First, the picture to the right comes from Jeff Beeler's Penguicon Pictures. If you have (or have seen) a picture set that includes me, please let me know.

Overall, I had a really good time.

Next year maybe we'll do the Dancing for Geeks panel again, since it seemed to be missed.

I realize this review might make it look like I only hung out with a few people, but I saw quite a few more than that, exchanging greetings and hugs and sometimes backrubs. And I haven't even gone into the custom pins I had made... I think that's a post for later.